A very real challenge this year has been communicating with Children UP back in the states. 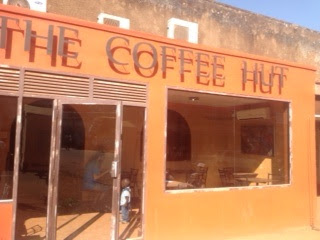 When electricity does not work…neither does Internet. For several days in a row the electrical was out in the evenings and mornings.  Not having electricity also means not being able to recharge phones and computers.   There are places in town with generators if you happen to be close to them.

Traveling by bus has its challenges.  Many long destination buses will not leave until every seat is taken, ensuring that it is a profitable run.

A seven a.m. run may not leave until 9 or 10.  This was our experience in 2005 when we first traveled toUganda.  Since then we have discovered the Post Office buses, which leave on time.  They are also recognized as having the safest drivers.

We have learned the hard way not to plan to travel at the beginning or end of a school term when all the students are coming and going to boarding school around the country.  The buses are sheer chaos as everyone scrambles for available spaces. 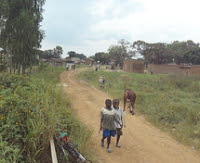 Then there are the roads.  Not all roads are paved.  During the dry season when we are here each year the dust is flying everywhere.   At the end of the trip when we retrieve our luggage from under the bus carriage, all the bags look the same…. dusty red!

In most places the edges of the tarmac have worn away due to heavy traffic and the dirt slants down toward the ditches.   When a bus passes another large vehicle, you find yourself awkwardly tilting toward a ditch.  As you get close to a town, there are improvised speed bumps that have a significant presence.

All of this and I have not even written about the motorcycles, bicycles and pedestrians.